Mediaeval history is not a subject that I often discuss here but I am going to make an exception to that rule because I've discovered the best history videos I've ever seen (and that includes those made by TV companies such as the BBC or The History Channel). They are all freely available on YouTube and if you have the slightest interest in how knights managed to go into battle wearing armour, how they trained their horses, what they ate, how their swords were made - in fact, if you have any curiosity about what the Middle Ages were really like (not what they look like in the movies), I have this simple advice: subscribe to the Modern History channel today!
This is just one of their videos...
This channel is the creation of Jason Kingsley, the founder and CEO of the Rebellion computer games company. When not running his business, he lives the life of a mediaeval knight. His channel is one of the great gems of YouTube. He really brings history to life. He goes to an armourer to see how suits of armour were made. He puts the 'shield wall' battle strategy to the test. He has sword fights, he jousts. He doesn't just talk about things - he actually does them. I am blown away by this channel. It deserves to be much better known.
Posted by Huw Collingbourne at 02:55

Email ThisBlogThis!Share to TwitterShare to FacebookShare to Pinterest
Labels: rants and raves, stuff

Camtasia 2020 $249
https://www.techsmith.com/video-editor.html
Camtasia is a long-established and widely-used screen-casting program, available for both Windows and Mac. It lets you record direct from your computer so it’s ideal for making software demos, tutorials and walkthroughs. Here I look at the newly released update, Camtasia 2020, which I tested on Windows 10. 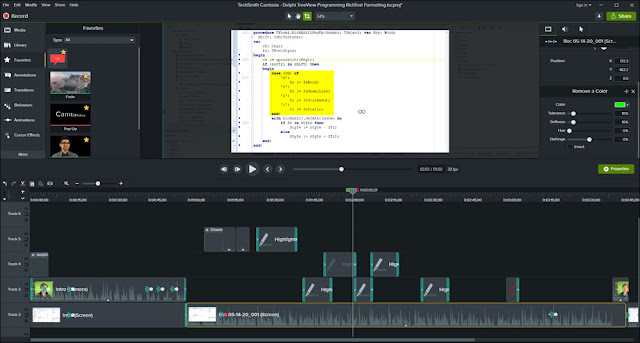 Which programming language should you learn first?

There is a huge range of programming languages and a beginner may wonder where to start? Java, C, C++, C#, Python, Pascal, Ruby, Go, etc. The choices are overwhelming. In this video I give my thoughts on which languages would be good to start with - and which ones you should avoid!

Posted by Huw Collingbourne at 02:39

Here's the latest video in my Java adventure programming series.

Posted by Huw Collingbourne at 03:57

How to Attach Notes to TreeView Branches in Delphi

Here's my latest video on programming a collapsible outliner using Delphi. In this one, I associate text notes with the branches (nodes) of a TreeView.


To watch this series of videos from the start, go to the playlist: https://www.youtube.com/playlist?list=PLZHx5heVfgEtHeS6O2ePOkr3f-agvPxi6
Posted by Huw Collingbourne at 02:31 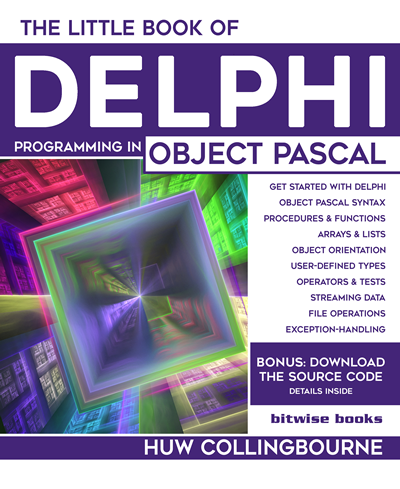 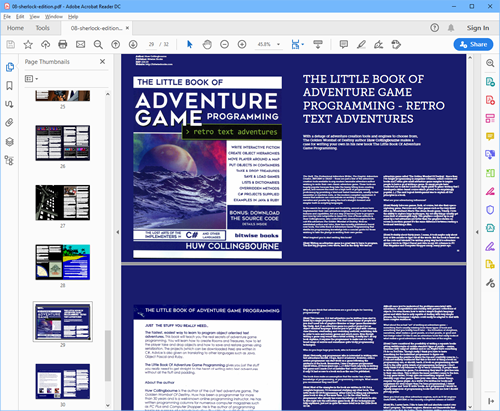