I just realised today that I haven’t been getting automated Windows updates for a while. I went into the Control Panel, clicked System, then Windows Update and I saw a nasty red warning message telling me: "Windows update cannot currently check for updates, because the service is not running. You may need to restart your computer". There was also a worrying message beneath this saying: "Find out about more free software from (null). Click here for details".

My first thought was – Oh no! I’ve got a virus! 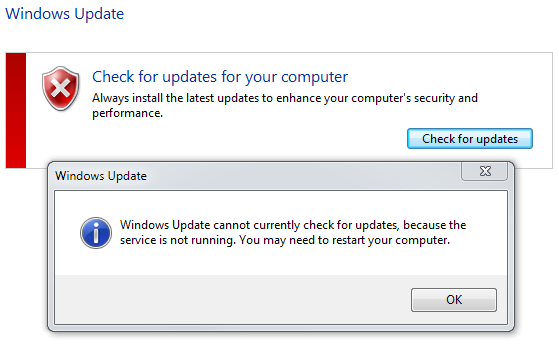 Frankly, that would surprise me. I keep Sophos Anti-virus running and up to now (over many years of use) it’s never, to my knowledge, let any malware though. Well, anyway, suffice to say I rebooted my PC. And suffice to say, that had no effect. I then Googled and found lots of other people who’d had this problem and lots of suggested solutions, many of which involved stopping and starting various services and deleting System directories, all of which sounded both complex and potentially error-prone. I eventually found a much simpler solution. Don’t ask me why It works but it does. I’ve applied this fix to two separate PCs with the same problem and it worked in both cases. I should say, both PCs were running Windows 7 and I don’t know if the same fix works on Windows 10. 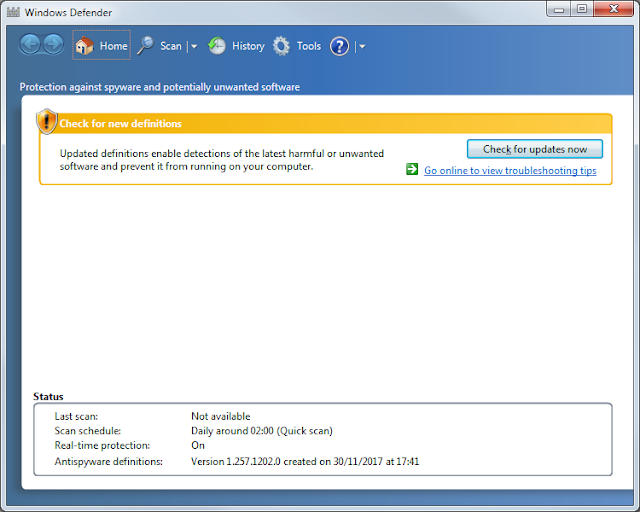 Anyway, this is what I did:

Posted by Huw Collingbourne at 04:46