Is an Array in C a Pointer?

In some programming languages, arrays are high-level ‘objects’ and the programmer can think of them simply as ordered lists. In C, you have to deal with arrays ‘as they really are’ because C doesn’t try to hide what is going on ‘close to the metal’. One of the common misconceptions (which I’ve read so many times in books and on web sites that I almost started to believe it was true!) is that array ‘variables’ are ‘special types of pointer’. Well, they aren’t. Not only that, array identifiers aren’t even variables.

No, they are not. 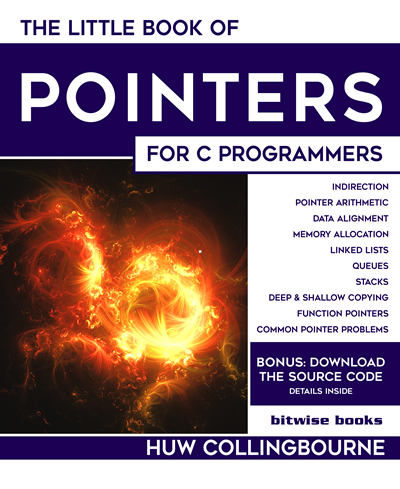 If you need to know more about the mysteries of pointers, arrays and addresses in C, I have a book that explains everything (with all the source code examples for you to download). It’s called The Little Book Of Pointers and it’s available as a paperback or eBook from Amazon (US), from Amazon (UK) and other Amazon stores worldwide.

Posted by Huw Collingbourne at 07:48